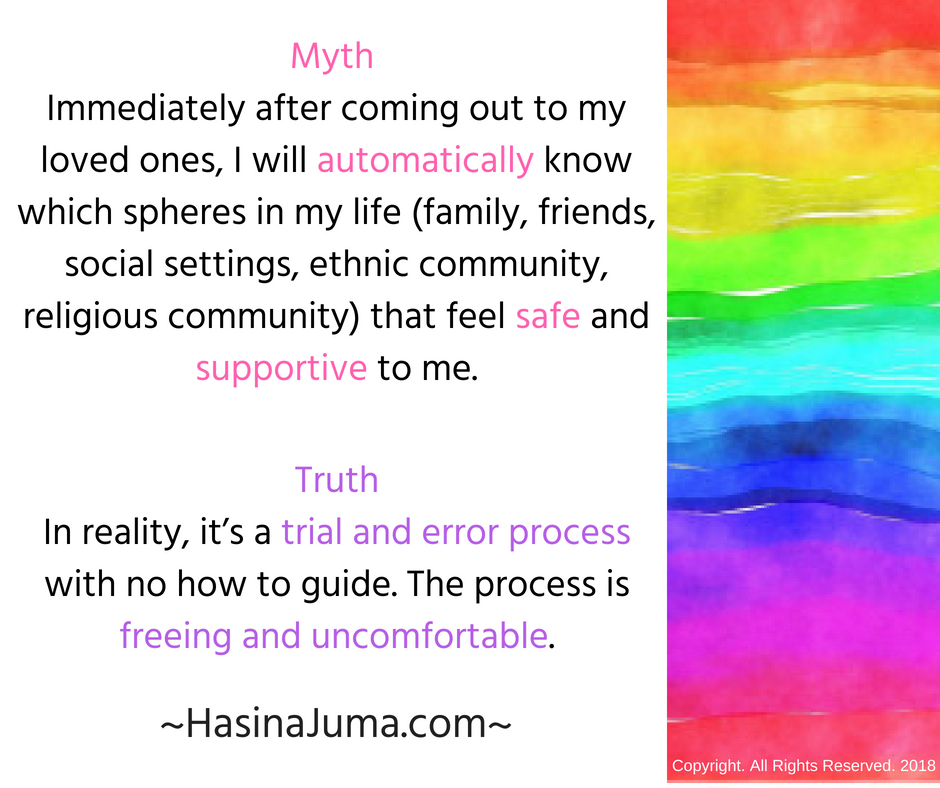 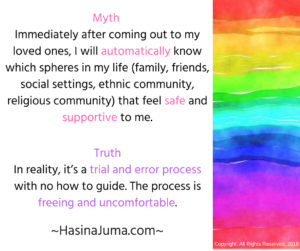 After coming out to my family, I honestly thought I would automatically know which spheres in my life (family, friends, social, ethnic community and religious community) that would feel safe and supportive to me. In my mind, life would now be rainbows and unicorns. We’ll it didn’t exactly turn out that way.

I quickly recognized that I had this new found freedom in my life and this something that I hadn’t felt in my life. It was such a powerful feeling yet overwhelming at the same time because I didn’t know how to manage it properly.

As I continued being me, I realized that in some spheres of my life I felt like I still belonged and I felt seen, safe and supported. While in other spheres I noticed they said they were inclusive, but their structures and beliefs told another story.

As I started to open up to select individuals about my sexual orientation, I started hearing ignorant and hurtful comments such as:

The combination of struggling to figure out where I belonged in my life along with the hurtful comments, made me feel othered and marginalized.  I was on such a high after coming out and coming face to face with the reality that not all spheres of my life will be safe and supportive for me was mindboggling.

I’m not going to lie, it took immense courage and bravery, emotional resilience, and a deep sense of love to figure out which spheres I belong to. With lot of inner reflection and support from professionals, the light bulb finally went off after 1.5 years.  Slowly things started to make sense for me and realized that:

“I’m now standing in a new space in my life. A space where I am completely me and I chose to be part of communities that fulfill my needs and make me feel happy. Sometimes it feels like I’m standing on my own, but in reality it’s a position of strength to make choices that truly make me happy instead of conform to the norms of society.”