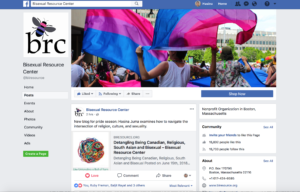 In honour of Pride Month 2018, a major not for profit centre in the US featured an article I wrote discussing how bisexual people of color have to choose between their multiple identities when they embrace their sexuality and currently can’t have it all.

The June 15, 2018 article was posted on the Bisexual Resource Centre’s Facebook page which has over 15 000 followers as well as their website. 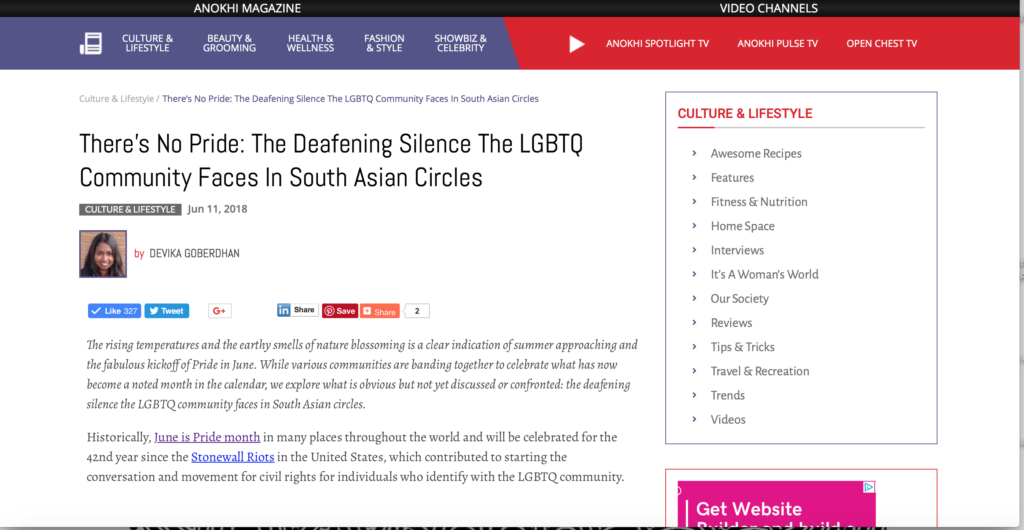 Anokhi Media, a trendy Canadian media outlet catering to the North American individuals who are of South Asian descent, featured a thought provoking story on the stigma of bisexuality in Canadian South Asian culture. The article also showcased my positive coming out story along with my advocacy work in honour of Pride Month 2018. 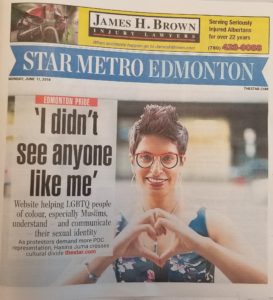 The article discusses the implication of hiding your sexual orientation on your life, outlines my positive coming out experience and discusses how communities of colour can be more affirming to individuals in the community who identify as LGBTQ2.

ONE OF TOP STORIES IN SHERWOOD PARK NEWS 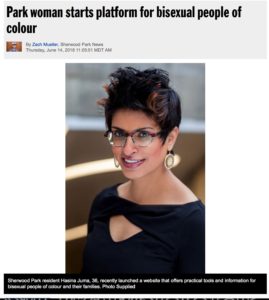 My advocacy work on raising awareness about bisexual people of colour was recognized through an article in the Sherwood Park News during Pride Week 2018. 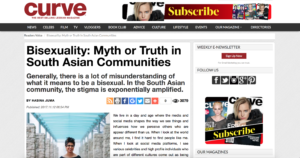 My article talking about the existence of bisexuals in the South Asian community was published by Curve Magazine, North America’s best selling magazine for Lesbian and bisexual women. 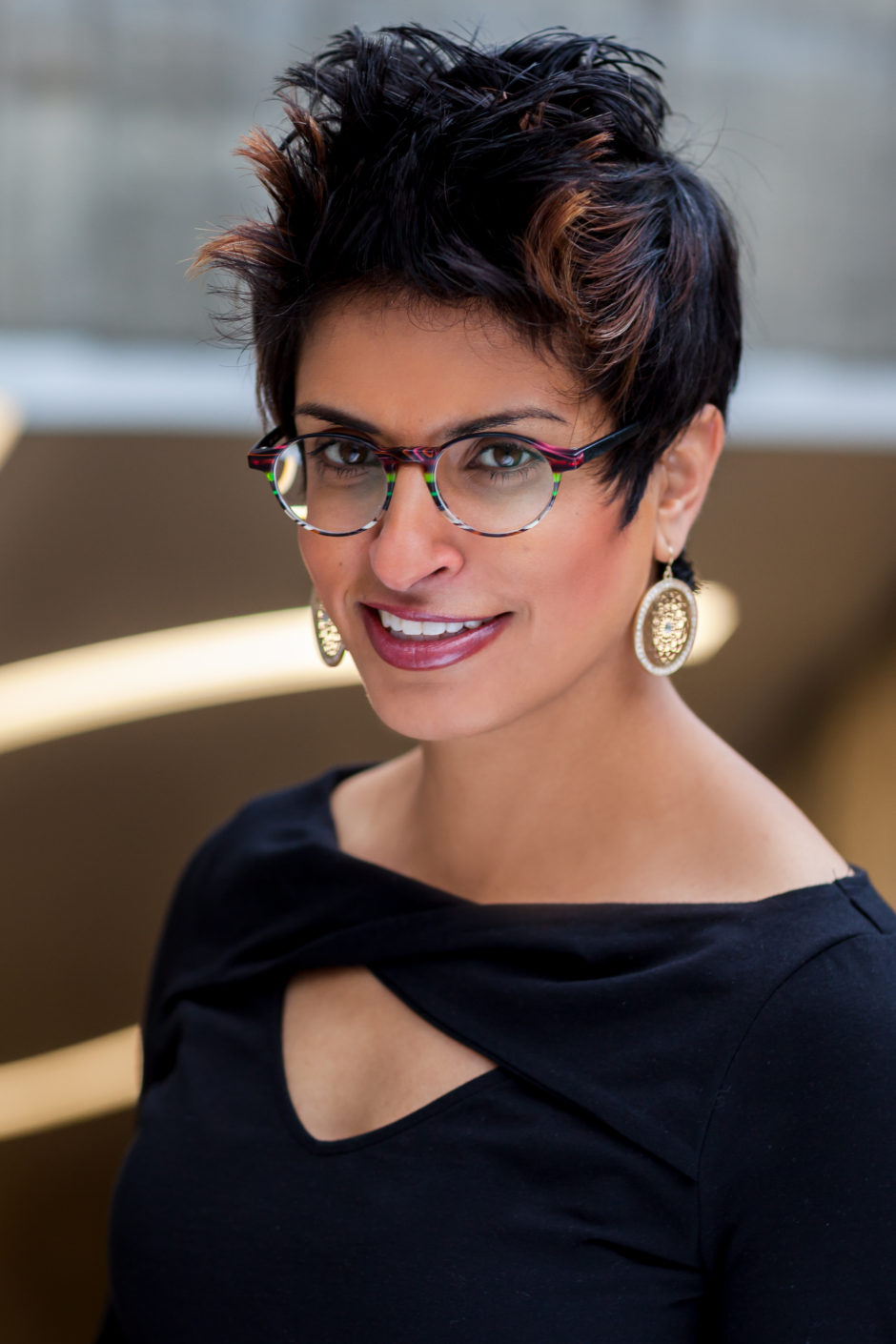 Hasina Juma
Hasina is an advocate, educator and motivational speaker who is boldly raising awareness about bisexual people of colour. This is a group that is invisible in Canadian communities of colour, especially the South Asian and Muslim communities, as well as marginalized within the LGBTQ2 community and society. She uses her own lived experience to provide resources, tools, and support for Bisexual people of color and their families. Her followers find her work as honest, insightful, inspiring and thought-provoking! Image by Carmen Bachez.